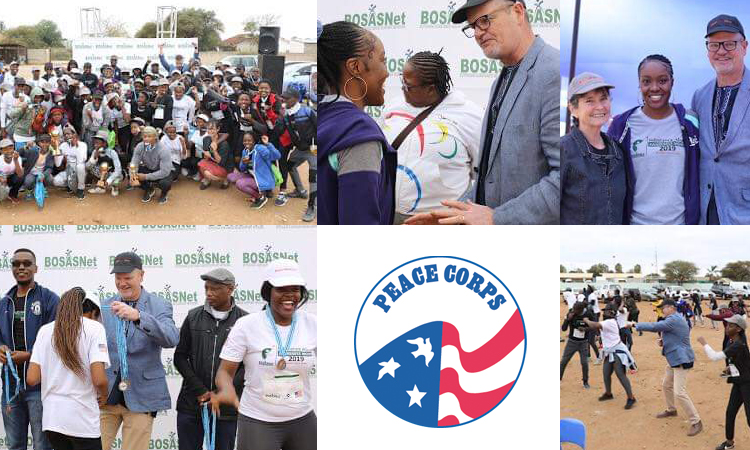 I’d like to thank BOSASNet and all those here today who are supporting this kickoff of Substance Abuse Support Month.  You are here this morning to help increase awareness of the deadly link between substance abuse and gender-based violence, as well as the role these behaviors play in driving the transmission of HIV.

The U.S. government, through the President’s Emergency Plan for AIDS Relief, PEPFAR, is working alongside the Ministry of Health and Wellness, and with many community and national partners, to reach our shared goal of an AIDS free generation.  However, without addressing substance abuse and its partner, gender-based violence, this goal will remain an unrealized dream.

Gender-based violence, substance abuse, and HIV are intertwined parts of a dangerous cycle, which compound one another.  Given this reality, the Governments of Botswana and the United States emphasize, through our policies and programs:

The evidence demonstrates that children who grow up in households where there is gender-based violence are more vulnerable to substance abuse than those who do not, even when the abuse is not directed at them.  Through community engagement in Tlokweng, the Tlokweng Police Station has discovered that in 90 percent of the gender-based violence cases, the perpetrator was under the influence of substances.  When people are intoxicated, they make poor decisions.  Alcohol actually makes it harder for your brain to work, disrupting decision-making and rational thought.

World Health Organization studies of intimate partner violence routinely identify recent consumption of alcohol by perpetrators as a basis for abuse.  In the United States, victims believed their partners had been drinking prior to a physical assault in 55% of cases.  In South Africa, 65% of women experiencing spousal abuse within the last 12 months reported that their partner always, or sometimes, used alcohol before an assault.

Unfortunately, this destructive link doesn’t end with gender-based violence.  I am sure there are very few Batswana who don’t know the behaviors that contribute to HIV infection.  Our governments have spent decades making sure every Batswana knows how to protect him or herself from infection.  And yet, under the influence of alcohol, people have unprotected sex.  People who are under the influence of alcohol also have trouble adhering to their medication and become sick or risk spreading the virus to others.

BOSASNet sees how substance abuse is impacting HIV and gender-based violence with its clients and understands the need to address all of these issues together to create a healthier tomorrow in our communities.

In order to combat gender-based violence and substance abuse in our communities we must be able to discuss these issues openly, and partners of PEPFAR and the Government of Botswana are doing this.  If the struggles of HIV positive people and those who work to control the epidemic are to succeed, the lives of all Batswana must be transparently relieved of each of these three intertwined burdens:  gender-based violence, substance abuse, and new, uncontrolled HIV infections.

I can discuss evidence and research, but we all know through our own life experiences, that BOSASNet and the Tlokweng Police are right when they report:  excessive alcohol leads to poor decisions, which can lead to violence against partners, and the violence can lead to the victim in turn neglecting responsibilities and self-care, and resorting to substance abuse, in an endless deadly cycle.  This cycle damages our communities regardless of the presence or absence of HIV; the link with HIV merely compounds the impact.

So, I implore those here today: do your part to stop the cycle.

It is through awareness of the problem, compassion for the victims, and a personal undertaking to never commit, support, or keep quiet about violence – especially against women and children – that we can begin to take down the obstacles which limit us.  Through the spirit of Botho, of being together, of being a person among people, respecting and supporting one another, we have a chance to stop this cycle in its tracks.

Thanks to BOSASNet for contributing to our awareness of the role we can and should take in stopping the cycle, and thanks to those who came to take part in the obstacle course and to those who are here supporting them.  All of you are contributing toward increasing our recognition of the obstacles set by substance abuse, violence, and HIV, and the role we can all take in overcoming those obstacles.

As I have learned from the warmth of the Batswana:  Motho ke motho na Batho(I am because you are)

Ke a leboga – thank you!