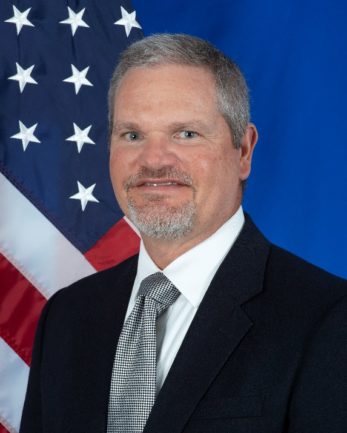 Mr. Cloud, a career member of the Senior Foreign Service, class of Minister-Counselor, has served as an American diplomat since 1992.  He most recently served as Management Counselor at the U.S. Embassy in Kabul, Afghanistan.  Prior to his assignment in Kabul, Mr. Cloud was the Minister Counselor for Management Affairs in New Delhi, India, from 2013 to 2017, and Deputy Chief of Mission in Mbabane, Kingdom of Eswatini, from 2010 to 2013.  Mr. Cloud has served the Department of State in senior management and diplomatic security positions at nine embassies in Africa, South America, Europe, and South Asia.  He possesses a deep knowledge of South and Central African issues, expertise in HIV/AIDS programming and advocacy, and strong management and security credentials.  He earned a B.S. in Electrical Engineering from North Carolina State University and speaks French.